5 Things to Understand about Teens and OCD 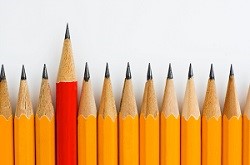 Teens are faced with unique stressors that, for those predisposed to OCD symptoms, can manifest in debilitating ways. Obsessive Compulsive Disorder (OCD) is a mental health condition characterized by unwanted intrusive thoughts (obsessions) and time-consuming mental and physical rituals aimed at resolving them (compulsions). Research suggests that roughly 1-2% of young people will experience at least one episode of clinically diagnosable OCD.

It’s hard enough being a teenager without additional challenges like OCD, but understanding some key issues for teens with OCD can help catch symptoms early, access treatment, and save the whole family from needless suffering:

Parents concerned about obsessive-compulsive symptoms in their teenagers should seek out resources, but be cautious about immediately diagnosing their children or forcing therapy upon them. Teens who struggle with OCD want their suffering alleviated (as well as the suffering of family members alongside them), but part of being a teenager involves learning to take command of one’s experience. Therefore, fighting OCD by engaging in CBT needs to be self-driven. So the best approach is to provide information, make resources accessible, express unconditional love, minimize hostility and criticism, and point to an open door for treatment. A good place to start is the International OCD Foundation, which has resources for parents and teens, as well as a directory of therapists who treat OCD.

Ultimately, being a teenager under the best of circumstances is often uncomfortable, definitely awkward, and inherently anxiety-producing. OCD capitalizes on this discomfort with demands for certainty and perfection in situations where only acceptance and tolerance can lead to success. But with the right treatment, teens with OCD can not only overcome their symptoms, but also learn lessons of persevering as adults that many of us miss.

Back to News & Views